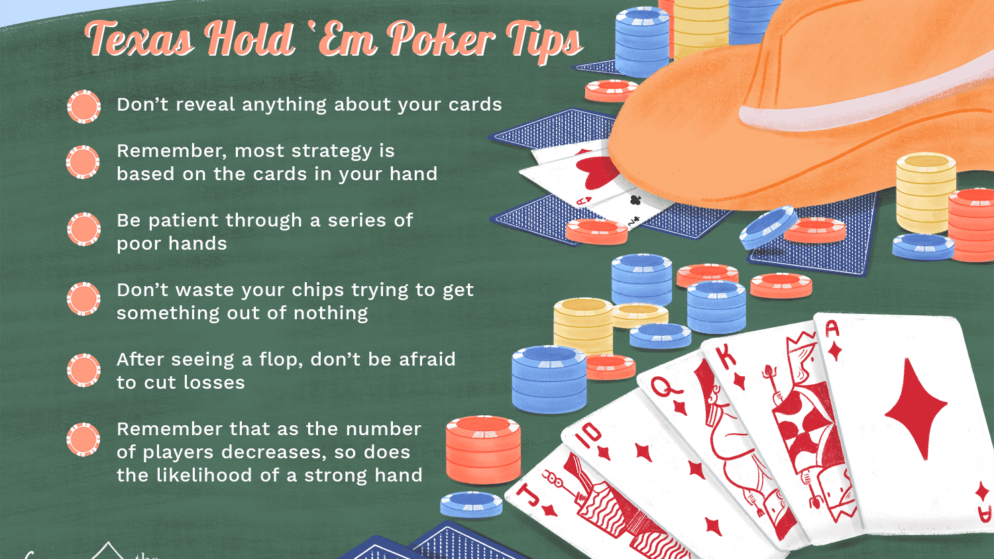 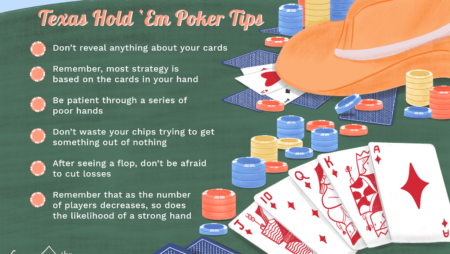 First the tables: Texas holdíem is played online on tables of 2 to 10 players.

The dealer is the person that deals the cards in a poker game. In Texas holdíem the player that sits on the dealer position is the last to act. In online and casino poker there is a small button below that player that lets everyone know he is the dealer, regarding the fact that the real dealer is not present at the table like in home games.

Texas holdíem is played with a pack of 52 cards and no jokers. The cards are dealed starting from the dealer button. At first every player gets two cards faced down, cards that only they will be able to see. Then the dealer places on the table three cards faced up, that all the players can see, cards named flop. The forth card is dealed faced up although and it is called the turn, and finally the fifth faced up and called river.

Betting is happens between rounds. There are four rounds, the first is the pre-flop round, the one that contains the blind bets just before the players get their cards. The first to bet is the one on the left of the big blind. The second round is the round after the flop was dealt, the third is after the turn and the fourth is placed after the river. A playerís options are: to check, to call, to bet, to raise or to fold. The player of the big blind can check when it is his turn at the fist round and for all players in a round where everyone checked. When we say call we understand that we will return the specific bet with its full amount. When we bet it means we want to put money for the first time on our cards, and to raise means to increase the bid already made. Folding means to give up on the hand and any additional founds already placed on the playing table.

There is a special feature in holdíem called showdown. This is where players try to combine a card or two or maybe none from the ones they are holding in their hands with the five cards placed on the table. There are different combinations that can bring winnings.

In Texas holdíem there is no color classification. Every color means as much as any other. But anyhow, you canít be confronted in holdíem with two players having at the same time flushes of different colors. When two hands are alike, the player they will win is the one that has the bigger kicker. If two players have pairs of threes but one has an ace as a kicker and the other one a king, the player holding the ace will win the hand.